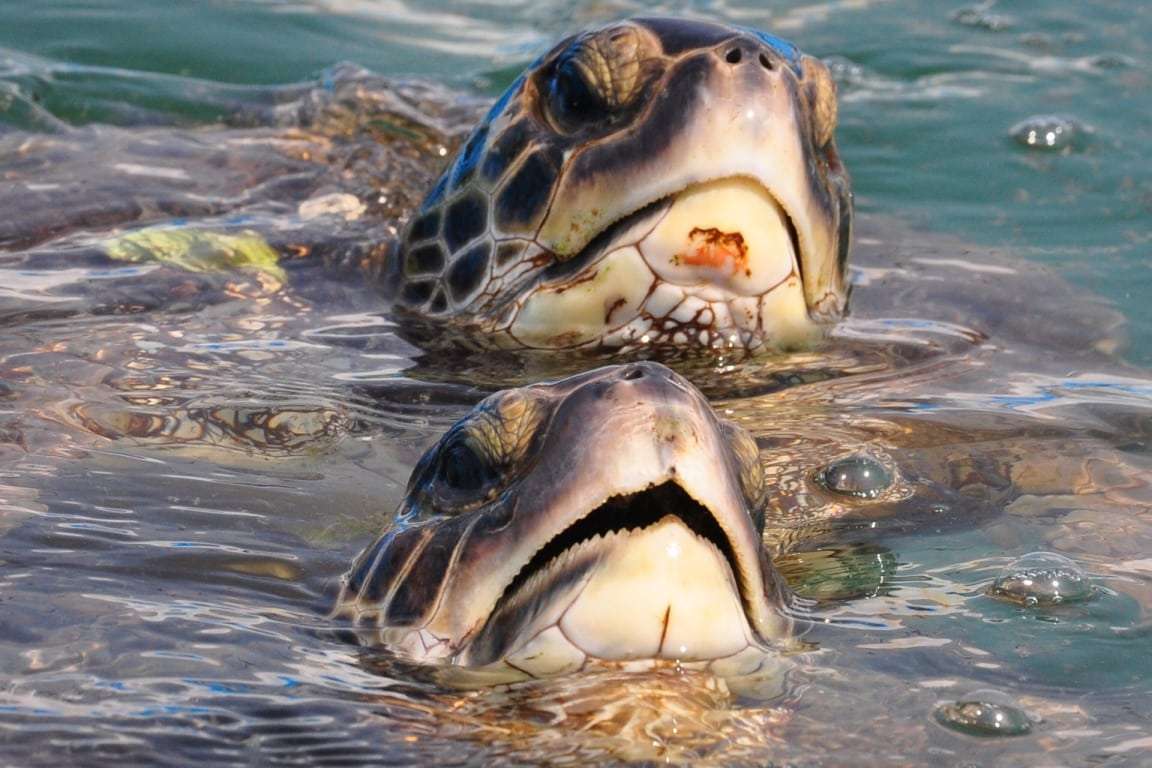 In a first-of-its-kind project anywhere in the world, the offspring of a reproductive nucleus of green sea turtles will hatch on Israel’s beaches and will help increase the numbers of this species in the Mediterranean Sea.

The population of sea turtles in the Mediterranean Sea is severely endangered, mainly due to massive hunting in the 1930s. During that time, the period of the British Mandate, green sea turtles were methodically hunted on the coasts of this country. About 2,000 turtles were hunted every year for their meat and shells, with devastating results. Today there are only about 450 breeding female green sea turtles in the entire Mediterranean Sea. On Israel’s beaches, where hundreds and even thousands of this species once nested, only about 15 females lay their eggs today.

To rehabilitate the population of green sea turtles in the Mediterranean, the National Sea Turtle Rescue Center has established a breeding nucleus. As part of this project, the first of its kind in the world, 22 day-old green sea turtles were collected from beaches to be raised in captivity. These turtles will not be released to the sea, but will make a major contribution to the rehabilitation of the species: When they reach sexual maturity they will mate with each other and lay eggs. The eggs will be moved to enclosed breeding farms located in coastal nature reserves, and the hatchlings will be released to the sea.

The turtles in the breeding nucleus are now 15 years old, and some have begun the process of sexual maturation: The tails of the males are gradually lengthening and mating has already been observed during breeding season. So far no eggs have been fertilized, but we expect this to happen in the next two years.