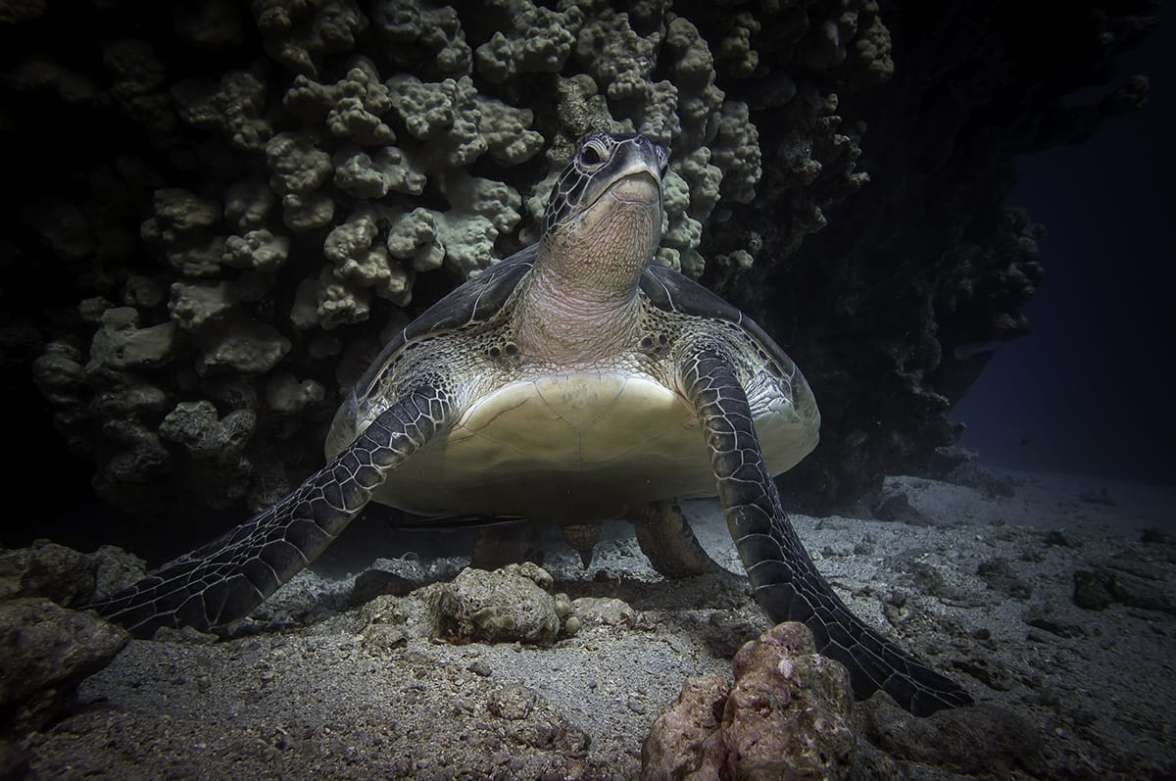 After a decade-long search of the Gulf of Eilat waters, an endangered female green sea turtle was sighted, that had all but disappeared from the region. The nests of this species along the shores of the Mediterranean number just 10 or 20.

The whereabouts of the rare sea turtle: in an area designated as a future nature reserve, adjacent to the port where oil tankers discharge their cargo for the Eilat Ashkelon Pipeline Company (EAPC).

The exciting discovery was made in an area sealed off for many years and only recently opened to the public, and where, every few years, a female  green sea turtle  emerges from the sea to lays her eggs on shore.

Just how rare is this event?

The species generally seen in the Gulf of Eilat is the hawksbill sea turtle, also a very rare sight, and numbering only an estimated ten individuals. In the case of the green sea turtle, there appear to be just one or two individuals.

Because the green sea turtle faces global extinction, the Israel Nature and Parks Authority collects the eggs that the females lay on the beaches and transfers them to protected locations.

The Israel Sea Turtle Rescue Center, part of the Israel Nature and Parks Authority, marks its 20th anniversary in March 2019.

The Israel Nature and Parks Authority has been working since the 1980s to protect turtle eggs and th...
Read more
19.7.2018

Israeli nature is a home for other species of turtles in addition to sea turtles. In addition to the...
Read more
20.5.2019