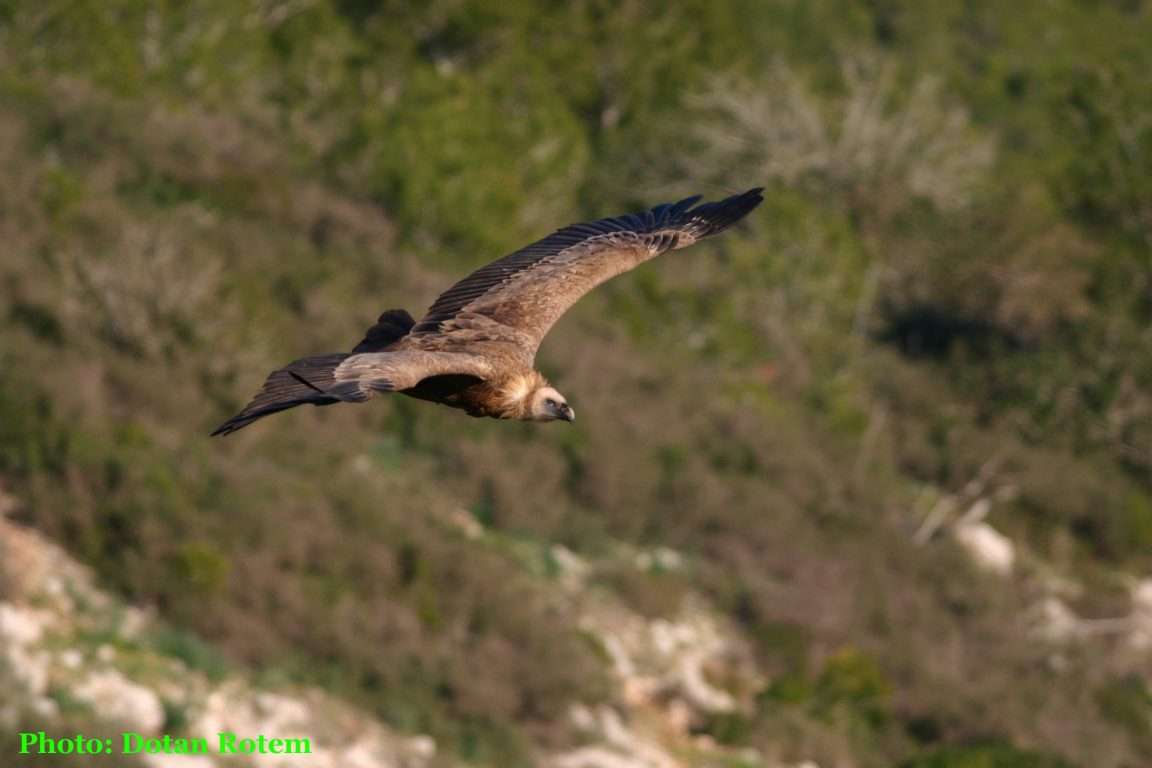 In a first for Israel, anyone can now observe wildlife live right from the comfort of home. To get to know and study the world of eagles up close, the Israel Nature and Parks Authority and the Society for the Protection of Nature in Israel have deployed cameras in the Negev that track the lives of a pair of eagles soon to be parents.

The pair laid their single egg at the end of December. “Birds of Prey Live” cameras will stream live from the eagles’ nest and document their transformation into a family – incubation of the egg, hatching of the egg, and rearing of the chick, until it spreads its wings and learns to fly solo.

These scavengers, who live in Israel’s wild expanses, are highly sensitive to disturbance of their nesting activity. Like other big raptors, eagles may also abandon the nest if it is approached too closely. Such abandonment severely harms protected wildlife and violates the law. Moreover, it exacerbates the dire situation of eagles in Israel, who are an endangered species here. It is therefore vital to maintain a distance of hundreds of meters from raptors’ nests.

“A very exciting project is taking shape, that for the first time ever, focuses on incubating eagles, thanks to numerous efforts and resources invested by the partners in the project”, stresses Ohad Hatzofe, avian ecologist at the Israel Nature and Parks Authority. “Thanks to the project, we will be able to learn a great deal more about the world of the eagle during the nesting period, and to conduct an information campaign directed at the general public. We invite the general public, including teachers and students, to click the link on the website and to watch the live broadcast, especially the nesting”.

How do we do live streaming video from nature?

Live streaming video from the nest is delivered by specialized, high-quality online cameras. The live broadcast project is also sponsored by the Israel Nature and Heritage Foundation and the “Spreading Wings” project [Birds of Prey Research and Conservation Project]. The streaming video is currently only transmitted during the daytime, but in future, you will be able to observe the eagles and the whole nesting phase right round-the-clock.

We are thrilled to be starting the live broadcast and we invite everyone to join in our excitement as we follow the riveting lives of these nesting birds of prey in Israel. Naturally, we wish our eagle couple every success with their nesting and smooth rearing of their offspring.

Can you see an eagle in the sky?

Eagles are seen as nature’s sanitation workers, helping the environment rid itself of carrion and preventing the spread of disease. Accordingly, they form an important link and play a central role in nature, making their preservation absolutely vital. Unfortunately, the king of the avian world is a critically endangered species in Israel.

According to surveys conducted, the number of eagles in Israel since the founding of the State has fallen to a worrying degree. Until the 1950s, eagles nested in the mountains and on cliffs in Israel, from the slopes of Mt. Hermon to the Eilat Mountains. By the beginning of the 21st century, their number had fallen to 120 pairs, and today are estimated at just 50 pairs.

The reasons for their decline are closely linked to human activity, poisoning being the prime culprit. Extensive and uncontrolled use of pesticides has resulted in the wholesale death of eagles who feed on carrion or swallow poison bait. Other factors include electrocution from perching on high voltage lines, hunting, disturbance of nesting by humans, and rezoning of natural areas to built up settlements, agricultural land and industrial zones.

The eagle conservation project in Israel is defined as a national project and the Israel Nature and Parks Authority has made great efforts to change this worrisome situation. Thanks to these efforts to strengthen the eagle population, they still survive in Israel, though they are fewer than desired; and so, our work is not complete, and we will continue to work diligently to conserve and expand the eagle population in Israel.