Bet Shean National Park is by far one of Israel’s’ largest and most thrilling archaeological sites, with many wonderful historic ruins that are still in awesome condition. 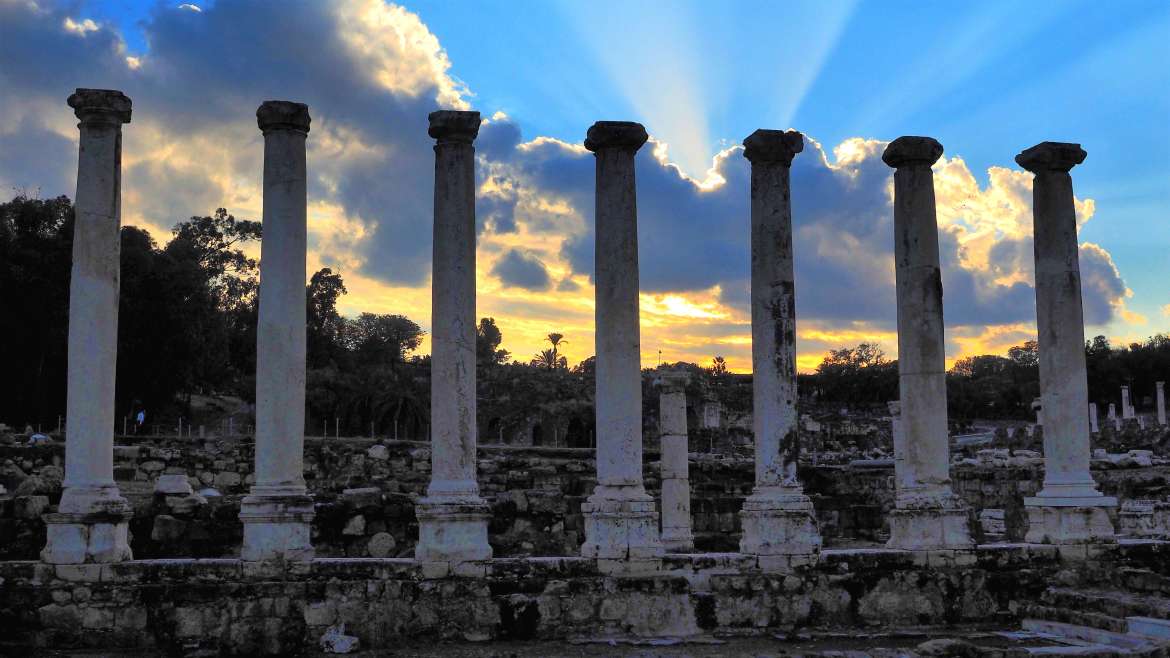 This site is truly mind boggling and a must-see in Israel.

It is located in the Galilee region of northern Israel and offers you and your loved ones a rare glimpse into the history of Israel through the archaeological remains from each historic period. This is by far one of Israel’s’ largest and most thrilling archaeological sites, with many wonderful historic ruins that are still in awesome condition. You’ll have a blast exploring the restored ruins of the 7,000-seat Roman theater, the colonnaded streets and the gladiator amphitheater, among many others…As you explore these ancient roman empire ruins, you listen to an audio presentation at each point while walking on the spectacular ancient mosaics, touching the walls and sitting on the roman theater seats.

Other must-see attractions are the Byzantine bathhouse and marketplace, the roman temple as well as the temple of Zeus and the Samaritan synagogue. Obviously there’s a lot of rich history in Bet Shean and this stunning site is definitely a one of a kind experience to really go back in time (2000 years back to be precise) and feel what it was like to live in the fifth millennium B.C.E.

Also, beside these delightful views of ancient Roman empire, make sure you don’t miss the site’s ‘city by night’ option, “Shean Nights” – a breathtaking audiovisual display taking place after sunset. This incredible sound-and-light show brings alive the ruins with projected images in a way that guarantees a night to remember.

Official statement of the Israel Nature and Parks Authority (INPA) regarding the expansion of the Wa...
Read more
28.12.2021

2,000 years ago, King Herod built magnificent stone vaults in Caesarea, and now they have become an ...
Read more

Elsa Barak decides to donate the money she received as part of her bat mitzvah celebration, as well ...
Read more