INPA - In the Sea

Trapped in the Net… the Social Net!!! 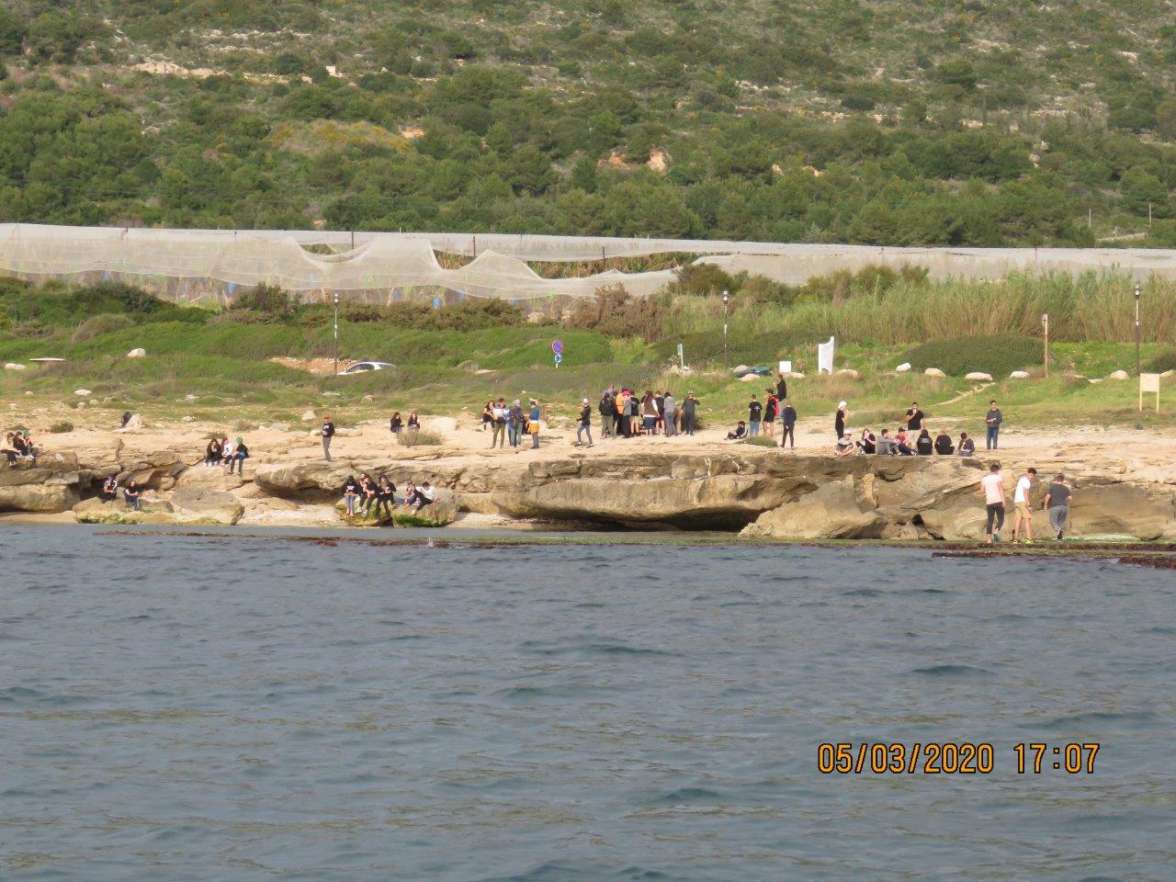 The days are days of Coronavirus, and suddenly, many things that seemed important yesterday have lost their importance. Mutual responsibility and assistance have taken the place of our routine battles and arguments. Stressful and hazardous situations often bring out the best of us.
During these times of social distancing, where gatherings and physical proximity are ill-advised, there is a greater importance to open spaces. These are spaces we wisely kept undeveloped that now offer us some peace and quiet and a breath of fresh air to balance out the craziness we now live in.

A large part of these open spaces in Israel are nature reserves. A long list of explanations and stacks of exhausting paperwork emphasize the importance of nature reserves to modern people, but they can be boiled down to two primary functions:
1. They protect the flora and fauna from people’s ability (and affinity) to exploit the natural and make it artificial.
2. They offer us open space for fresh air and a healthy soul.

Nature reserves are an asset that everyone agrees there is great need for; but applying and upholding these reserves requires a long and toilsome process met with much opposition from the public, industry, government offices, and more. At the end of this process, when the nature reserve exists and is already embedded in society, it gains support and protection from the public and becomes a valued local communal and economic resource.

The Achziv-Rosh Hanikra Marine Reserve, the largest marine reserve in Israel, was established in December 2019. Plans for the reserve began in 2007 and ended 12 years later. Establishment and maintenance of the reserve area (roughly 100 square kilometers) includes restrictions on boating and fishing in the reserve. Enforcement of fishing restrictions began as early as the 1980s and became stricter in 2017 in parts of the reserve (there was a smaller reserve prior to the most recent declaration). Fishing restrictions in the area of the reserve led to protests, a petition to the Supreme Court, and objections to the planning committees.
These objections were not successful because the state of Israel was convinced that nature reserves and their long-term nature preservation will yield more benefits to Israel than immediate use which does not sustain resources over time.
In parallel to the struggles within the planning organizations, a strong digital battle has been waged against the Israel Nature and Parks Authority (INPA), its managers, and rangers, over the last few years regarding the enforcement of fishing restrictions in the reserve, and the fishing bans the authority began enforcing in 2018.
The main struggle is being led by sport fishers who are interested in fishing inside the reserve’s limits using the argument that sport fishing does not hurt or damage the reserve’s functioning – although scientists around the world who deal with nature reserves and marine ecology claim that sport fishing has a negative effect on the success of nature reserves.
Most of the sport fishers remain stubborn about fishing in the reserve. The fishers get their message out on social media applications such as Facebook and are not shy about trying to defame the INPA by painting it as a corrupt organization interested only in cash flow, with selective rule enforcement, unprofessional behavior, and more. Deepening the rift between the fishers and the INPA does not improve the situation or bring it closer to any solution.

The social network is not a platform where the quieter, more nuanced voices who tend to agree with the INPA can be heard. Those more reasonable voices prefer not to speak up at all for fear of ‘digital lynching’ for showing support of a governmental position, and so they tell us personally what they think.

Unfortunately, a significant part of the fishers don’t understand the great potential of a positive relationship with the INPA. In my experience as a supervisor and ranger, the INPA is an organization that enables direct communication with all its staff in all subjects. Sitting down with decision makers at INPA, and seeing Israel’s Mediterranean beach as one continuous strip with enough room for sport fishing, commercial fishing, bases, docks, military zones, and nature reserves, will allow the fishers to have some influence and help designate long-term fishing zones outside the reserve.
In order to advance to that point, the fishers who spend their squabbling on the web need to stop that and start cooperating. It’s easier to get dragged into a war than to reach out a hand for cooperation.

A Honeymoon for Fish

Banning fishing in the Mediterranean during breeding season
Read more

The algae with healing properties

These days, when we are dealing with significant questions about the effects of the new Corona virus...
Read more
30.3.2020

"Notes from the Field”
Read more