The ban of commercial and recreational fishing in nesting and spawning grounds is intended to help the population of St. Peter’s Fish grow and strengthen as part of the national effort to preserve fishing resources and water quality in the Kinneret (Sea of Galilee). 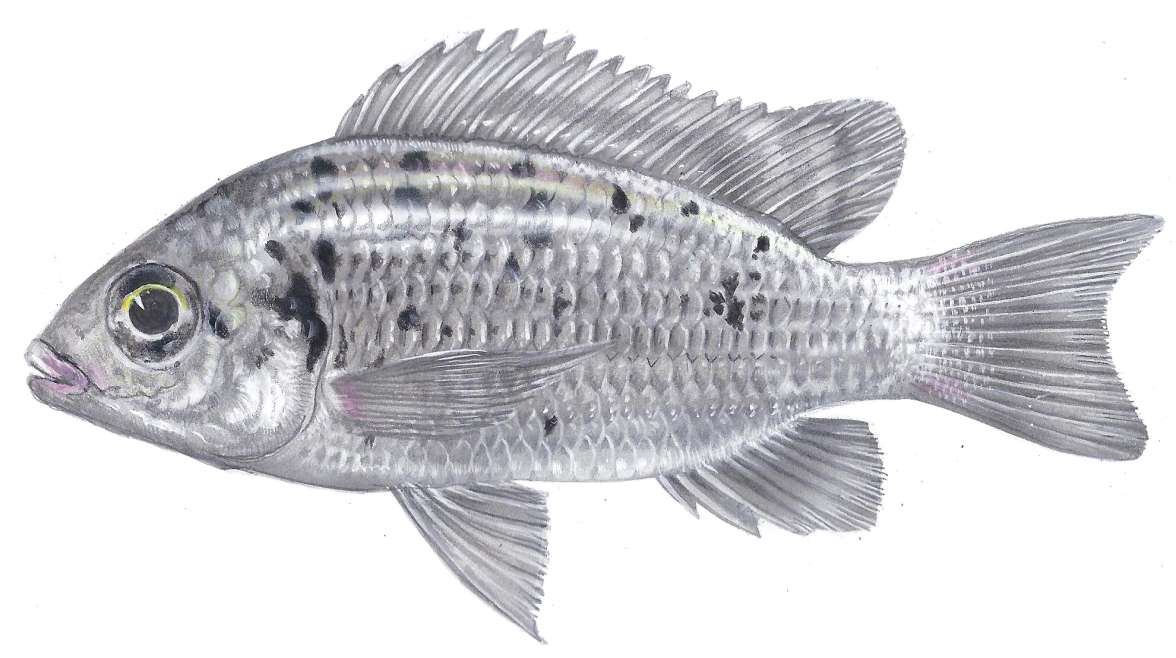 The rangers of the Israel Nature and Parks Authority’s Marine Unit, who operate along the Mediterranean coast, Eilat, and the Kinneret throughout the year, will be actively present in the area during the entire fishing ban period.
Gidi Shaprut
The Northeast side of the the Kinneret, with the large estuaries of the Golan Heights and the Jordan River (the “Batiha”), and the marine area between the town of Migdal and Kibbutz Ginosar, have been declared as protected areas. In these areas all methods of sea or coastal fishing are prohibited, including offshore fishing, for a period of 90 days, starting with 19th of April until the 15th of July. These areas constitute the primary nesting and spawning grounds for various species of tilapia, most notably St. Peter’s Fish.
Many species of tilapia live in the Kinneret, which experienced a significant rise in water levels last winter. The species most important ecologically and commercially is the St. Peter’s Fish, called “Amnon” in Hebrew and “Musht” in Arabic. According to the Ministry of Agriculture’s Fishing Department, tilapia is Israeli’s favorite fish to eat, followed by salmon, sea bream, and carp.

Why is it important to protect the fish nesting and spawning grounds?

In the spring, as the waters of the Kinneret warm, the tilapia gather in shallow areas which are rich in vegetation in order to nest and breed. At the end of the courting ceremony, the tilapia build burrow-like nests between the plants in which each female lays hundreds of eggs, which are then fertilized by the male. The tilapia continue to live with their mates throughout the entire breeding season and early rearing of their offspring.
One of the fascinating phenomena in tilapia breeding occurs when the eggs are fertilized – in order to protect them from predators and other harm, the parents keep the eggs in their mouths. In addition to protection, this provides the eggs with optimal temperatures and oxygen levels. In addition, if predators approach the nest, the parents aggressively attack them to keep them away.

Even when the baby fish hatch, they use their parents’ mouths as a refuge in times of danger. About a month after hatching, when the offspring are able to manage on their own, they leave the nest and go on to live independently. At this point, the parents begin preparing for another spawning cycle. Fishing one of the parents during the breeding and rearing period greatly diminishes the chances of the offspring to survive, harming their future, and the future fishing resource as a whole.
The Hebrew name for tilapia, Am-non, hints at this protective parenting, which in some species is performed only by the mother: “Non” means “fish” in Aramaic while “Am”, or “Em”, is the Hebrew word for “mother”. Therefore, the tilapia is literally a “mother fish”. Interestingly, the tilapia’s Arabic name – “Musht” comes from the Arabic word for “comb” and refers to the tip of the tilapia’s comb-like tail. In English the name “St. Peter’s Fish” is a reference to a story in the Book of Matthew in the Christian bible.

The St. Peter’s Fish, the most commercially valuable fish in the Kinneret and a favorite of Israeli diners, also plays a vital role in maintaining the ecological balance of the Kinneret. The tilapia feed on algae whose overgrowth may damage water quality.
The prohibition of fishing in the Batiha and Migdal-Ginosar areas was established in order to help the St. Peter’s Fish population grow and strengthen as part of the national effort to preserve fishing resources and water quality in the Sea of Galilee.
The fishing and water quality in the Kinneret are managed in collaboration by the Ministry of Agriculture’s Fishing Division, the Water Authority, the Nature and Parks Authority, the Kinneret Drainage Authority, the Sea of Galilee Research Laboratory, the fishers, and other parties.

A Honeymoon for Fish

Banning fishing in the Mediterranean during breeding season
Read more

The algae with healing properties

These days, when we are dealing with significant questions about the effects of the new Corona virus...
Read more
30.3.2020

"Notes from the Field”
Read more